Rehab That House With The FHA 203(k) Loan Program

Happy New Year! With another month (and year) coming to a close, it is time to review the previous month and look at the stats for 2009. Honestly, 2009 was a tough year for many, and this report proves it, but our area was thankfully not hit nearly as hard as many other parts of the nation in terms of loss of home values.

We saw a decrease in sales from November to December, but that is expected due to the first time home buyer tax credit surge ending — and will surge again in the Spring — and the holiday season coming into play. Folks typically spend December getting ready for the new year and spending time with friends and family, not focusing on real estate. However, there were transactions, and our brokerage experienced a lot of showings, so this is good news for the future! 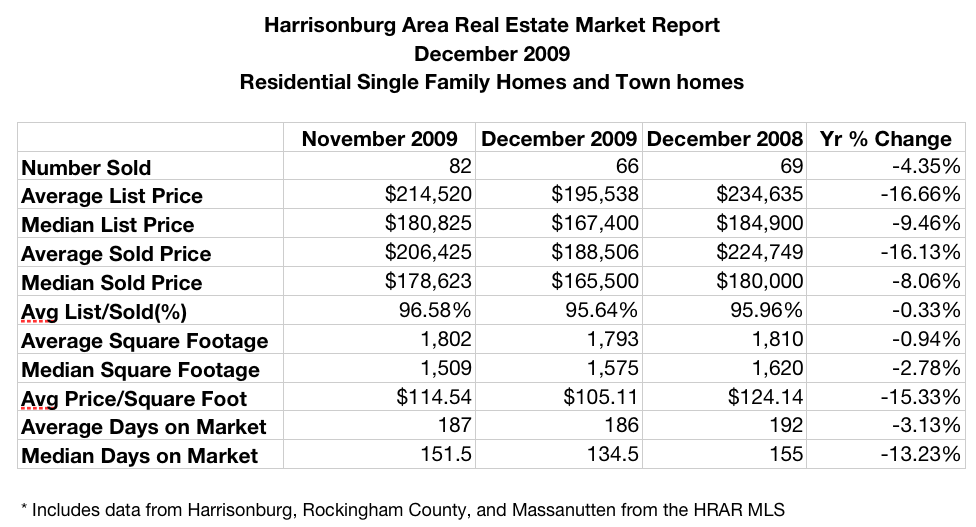 The full year numbers are interesting. Although the number of transactions decreased, the size of the homes sold increased, which means buyers were getting more “bang for their buck” in 2009. This is no surprise though, considering the well-known fact that home values decreased. We expect the numbers to even out, and perhaps even move in a positive direction, in 2010. It will continue to be a buyer’s market in 2010, but sellers likely won’t suffer as much in terms of losing on their home sales. 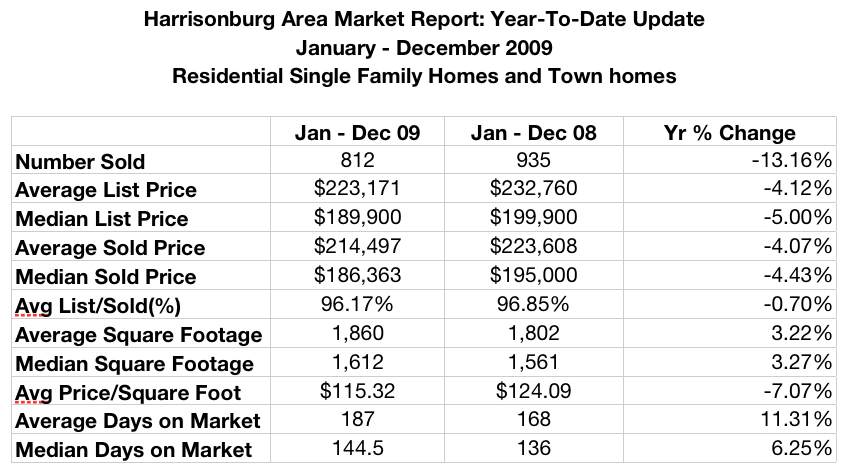 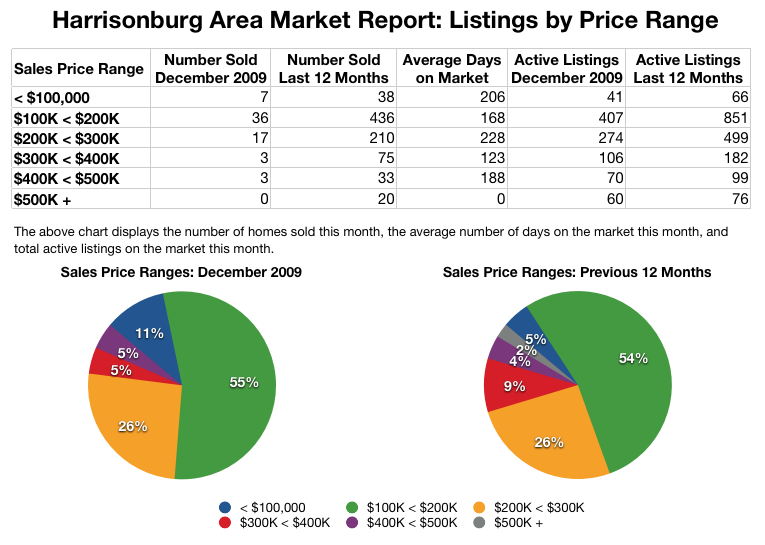