New Renovation Rules for Homes Built Prior to 1978

March is here already, which means it is time for the monthly market update! In January, we showed you statistics for the beginning of 2010 compared to how the start of 2009 fared, and at that point, things were looking positive. Even though February is a shorter month than the rest, it also showed some positive trends. Take a look below. 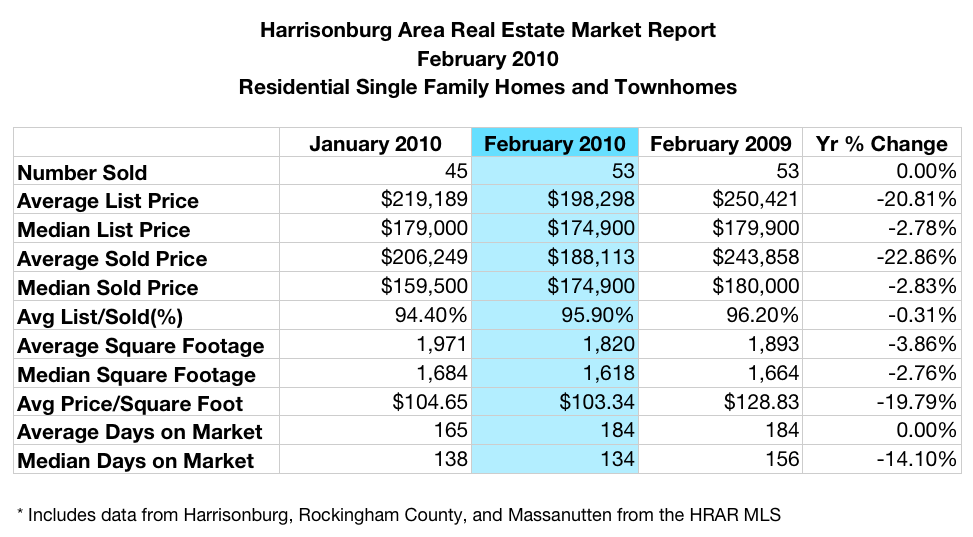 The number of homes sold from last February to this February didn’t change a bit, and more homes sold than in January, even though it is a shorter month. We hope (and expect) to see these statistics continue to rise as the spring months progress. 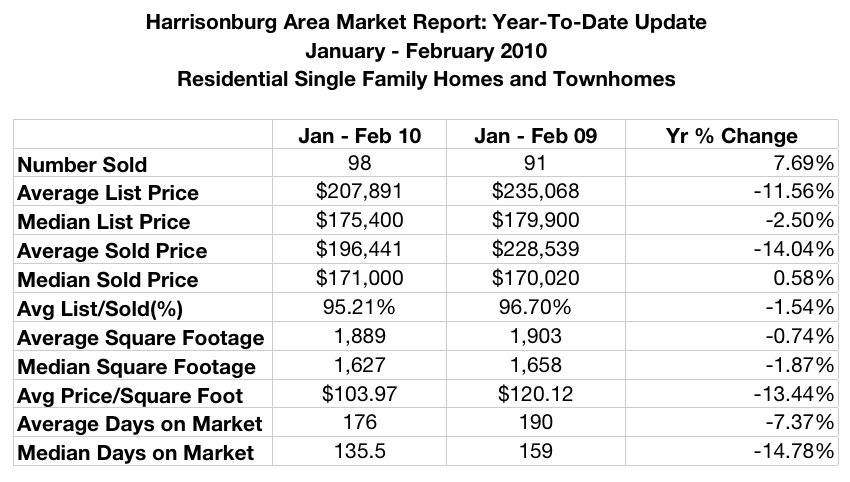 Last month, we obviously didn’t show you year-to-date statistics because we were just one month into the year, so now that February has finished, we can update you on these numbers.

The good news: More homes have sold in 2010 than in 2009 at this point! It doesn’t seem like much of an increase, but as the year progresses, it all adds up. Folks are buying slightly smaller homes this year than last (smaller energy bills?), and the price per square foot has gone down as well. Homes are sitting on the market for less time between list date and sale date than last year at this time! (Good news for sellers.)

The bad news: So far, the average selling price has decreased by over 14% compared to last year at this time. However, at this point we are comparing a fairly small “population sample” (first two months of 2009 vs. first two months of this year).  It will be a few more months until we can know for sure if prices are declining in 2010, but this is definitely something we are going to keep an eye on. 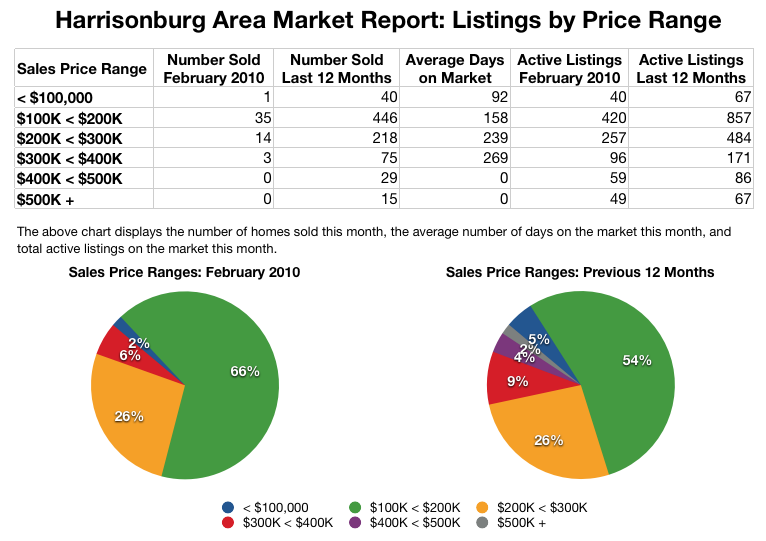 As we break down the number of sales into price categories, we find that yet again, more homes are selling in the $100,000 – $200,000 range. This is no surprise right now, especially considering the average sales price this year is just over $196,000. No sales closed during February in the $400,000 and up price ranges.

Overall, February proved positive for number of sales and negative for home values, but spring is just around the corner, and this time of year usually produces a bundle of new listings and lots of buyers. We look forward to seeing how March fares. Happy Spring!