Elkton, Virginia, is located about 20 minutes east of Harrisonburg on Route 33. Elkton, population of about 2600, is home to MillerCoors, Merck, and a brand new high school. It is situated along the south fork of the Shenandoah River, and celebrated its 100th anniversary in 2008, so Elkton boasts quite a bit of history. Because the Town of Elkton goes a long way back, there are quite a few older homes in this town, but new developments have popped up over the years as well. Lets take a look at home values and how they’ve trended over the past five years.

Before diving into the details, a disclaimer: the HRAR MLS doesn’t have the ability to run a search strictly within town limits. Therefore, the data below includes all residential properties with an Elkton mailing address. 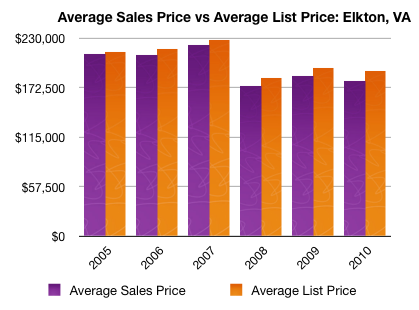 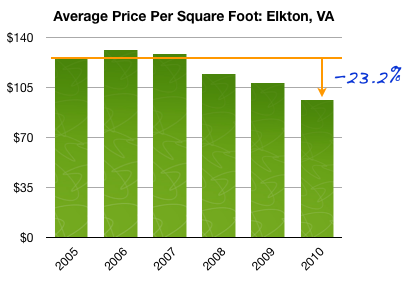 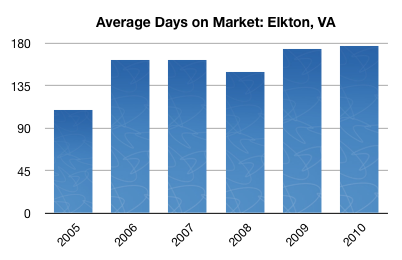 Homes in Elkton are taking much longer to sell now than in 2005, but compared to 2006, there isn’t much of a difference (just 15 days longer). In 2010, homes sat on the market for an average 178 days, or about 6 months. This is about the same time it takes for homes to sell in Bridgewater these days. There, it takes 175 days. In the City of Harrisonburg, it takes longer to sell at 204 days. Overall, sellers know it will take a while to sell, unless they price really low and are willing to negotiate. The average days on market in Elkton has been hovering at about 6 months for the past four years, so perhaps this will decrease a bit this year, or at least stay the same.

Elkton’s real estate market is a bit unpredictable these days, with prices and time to sell staying consistent, but home values dropping significantly. The good news is that housing in Elkton is affordable, with prices averaging below $200,000.

3 thoughts on “Home Sales and Statistics for Elkton, Virginia”