Things To Do in Harrisonburg With Kids: Part Two

Public Meeting for the Plan Our Park Project in Harrisonburg

Last week, in our December Market Report, we promised to delve deeper into the year end statistics for Harrisonburg and Rockingham County. As we already know, sales were up by more than 4%, contracts increased by over 20%, and home values decreased almost 8%. Lets take a closer look at some data that shaped the local 2011 real estate market.

This chart should look familiar as we posted it in our December Market Report, but we show you again because it is crucial to understand that one reason 2011 fared so well in terms of real estate is because the amount of supply (homes for sale) decreased from last year, and the amount of demand (homes that sold) increased. This closes the gap in the market, and while it is still very much a buyer’s market right now, this smaller gap shows a “light at the end of the tunnel” for sellers. There was definitely more balance this year than last. 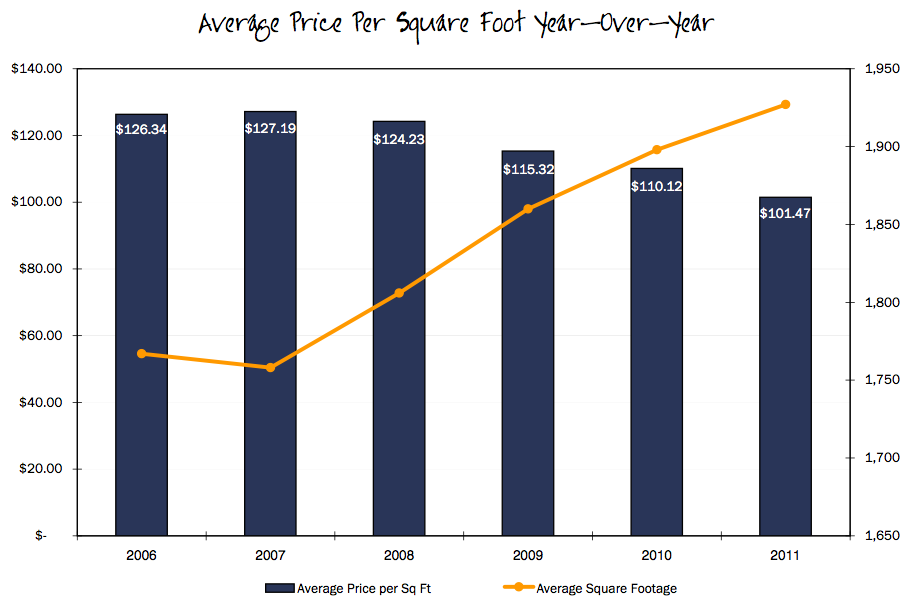 Most home owners want to track their home’s value because it is typically their largest asset. The chart above shows how values have trended since 2006, and the average size of homes that buyers have gone for. We calculate home values by taking the average sold price and dividing average square footage from it. As you can clearly see, back in ’06, folks were buying much smaller homes and paying a lot more for them. Sometime in 2010, that shifted and buyers got larger homes and spent less for each square foot. In 2011, home size continued to increase, while home values (or price-per-square-foot) continued to fall. Values at the moment are at $101.47/square foot on average. 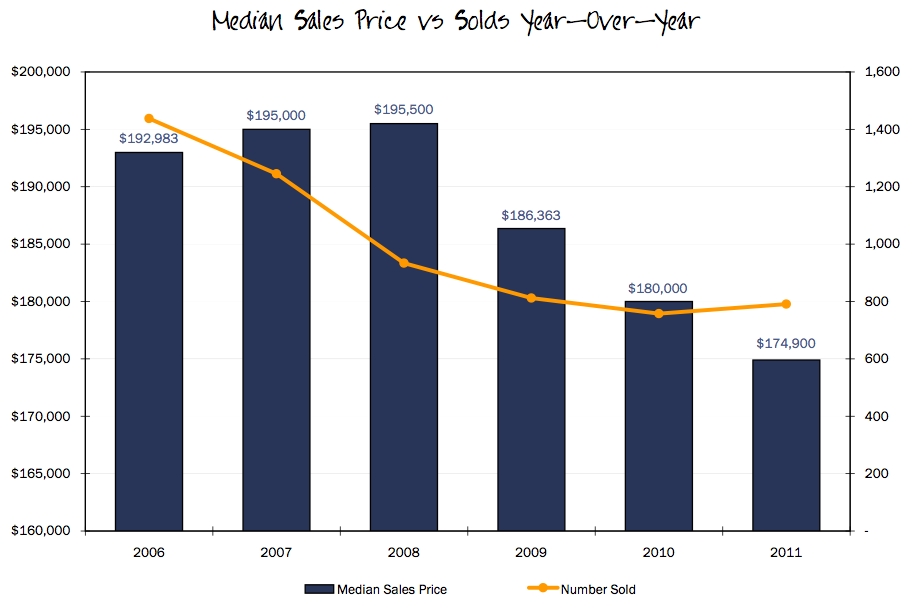 This chart simply shows the median sales prices over the last 6 years and the number of homes that have sold, and how they correspond. Over the years, sales prices increased slightly and then fell quite dramatically. In 2011, we saw the first increase in sales since 2006! 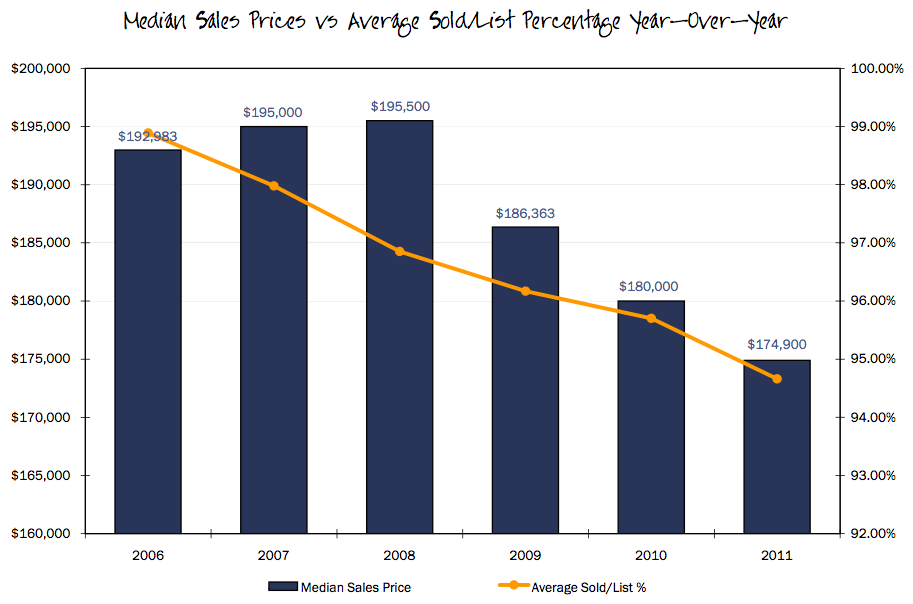 2011 was a good year for our local real estate market. We are looking forward to how 2012 will pan out, and are excited about the opportunity to be a part of it! If you’re thinking of buying or selling this year, let us know how we can help you.